"D" is for doggies (apparently) 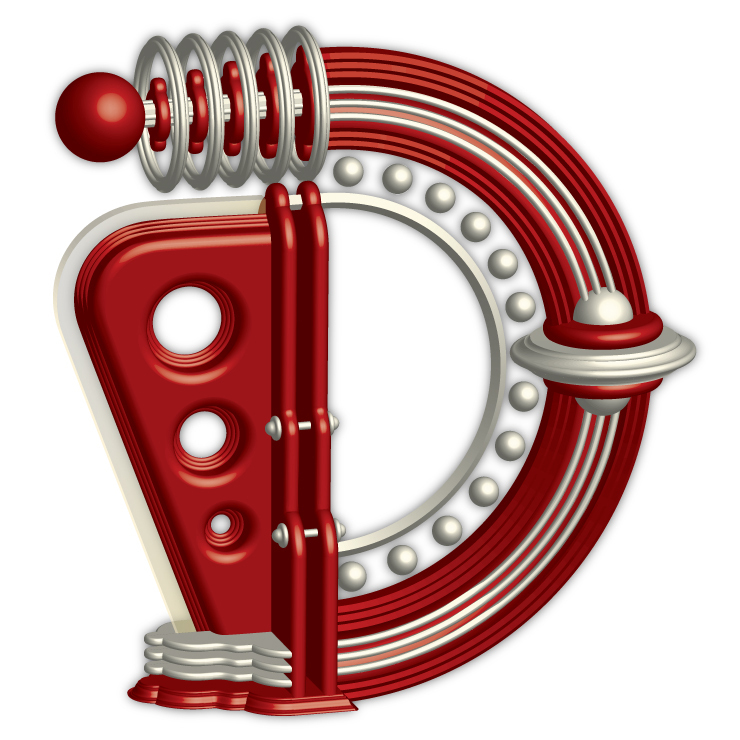 When I was invited by Drawger's own Jessica Hische to contribute a letter to the guest edition of the Daily Drop Cap, my initial feelings were of honor and privilege. But, as I began to consider the magnitude of having my work displayed in this legendary venue among 25 world class artists, my self-esteem began to waver around that level which drives a lot of guys to buy noisy motorcycles or smoke big fat cigars. Simply put: did I have the Moxie to create something which would stand on its own in that arena?

As letterforms are one of the most ancient and widely explored forms of art, the challenge to produce something unique as well as beautiful and clearly recognizable gave pause to ponder. My cigar smoking, motorcycle riding inner self would not allow me to select from among the hundreds of decorative letters I've created in the past. This pondering shortly turned to panic and, finally, procrastination. Perhaps, I mused, if I let my unconscious mind ruminate upon this problem for a time, the answer might come to me in a revelation or a dream.

After an appropriate period of putting off the inevitable, I took a snippet of a thought from a sketchbook musing and cranked up good old Adobe Illustrator. Channeling the spirit of some far distant future calligrapher from Mars or possibly Venus, the letter came into being on my screen. I submitted it to Jessica when I was certain that one more stroke would put it over the line and received one of the greatest compliments for which I could ever hope in her response: "Holy Cow! BADASS! 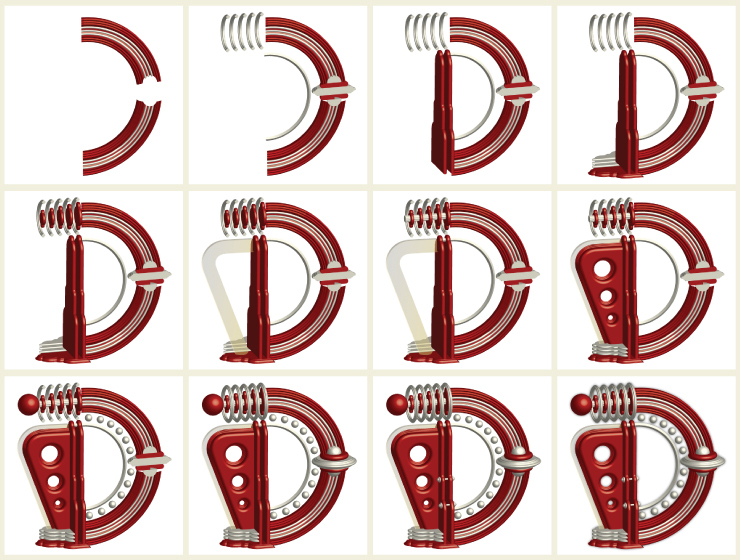 Illustrator's 3D effects were used to create the components of the letter. Since the is no actual 3D working space, parts had to be created individually, masked and carefully positioned to present the appearance of a dimensional object. The illustrator file presents only a single view and cannot be rotated to reveal any other aspects of the model. 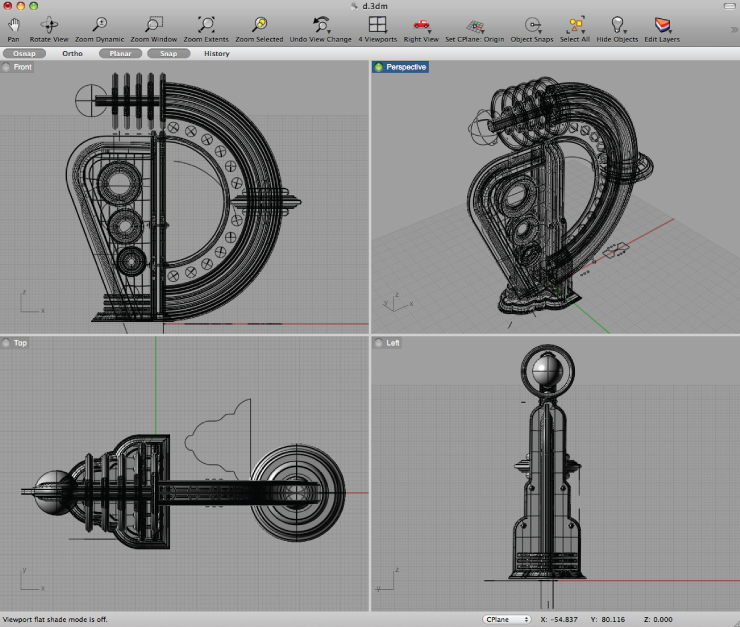 Seeing an irresistable challenge, I recreated the D as an actual 3D model in Rhino, a program that's capable of designing anything from a coffee mug to a battleship (yes, a real battleship). A few pieces of the illustrator file were used as guides for extruding or revolving shapes, but the bulk of the model was redrawn from scratch.

The Rhino file provides the option of rendering from any number of different views, not to mention the potential for machining an actual model from rapid prototyping equipment. 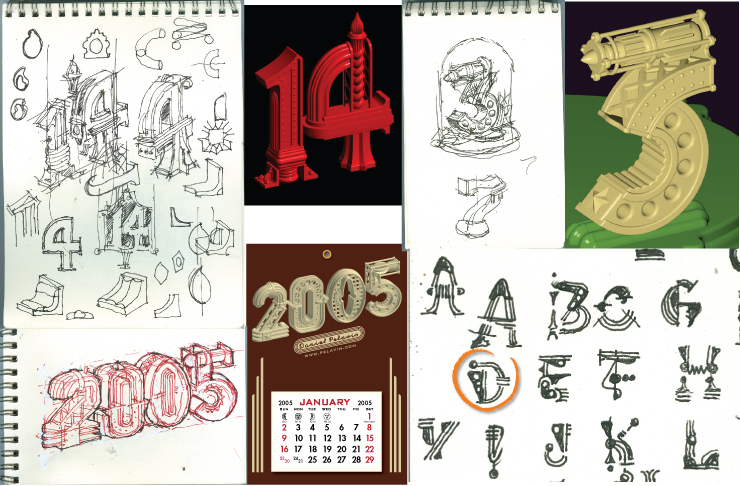 Earlier explorations of typography/3D models. Lower right: the rough sketch from which the character emerged.