SI on the Fly 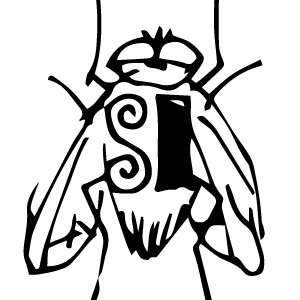 My latest membership card tells me that I've belonged to the Society of Old Illustrators for over 20 years. I am grateful to the club for all the good things it does as well as for not kicking me out for always referring to it as the Society of "Old" Illustrators. There have been many joyous times there and one very sad one which comes home to me each time I blow a kiss to Lorraine on the wall of tiles.

I maintain that simply paying membership dues is not sufficient particiption for feeling a part of an organization, and so, I've always tried to pitch in whenever there was something I could do to help out. This philosophy recently gave me the opportunity to design a logo for the Society's blog: SI on the Fly.

Executive Director Anelle Miller took me up on a promise I made when she first came on board. Using her abundant charms in addition to inducing a modicum of guilt, Anelle got the job done in record time.

Though I usually avoid looking back beyond my most recent assignment (a practice which provides no end of frustration to the colleges where I teach, who seem hell bent on recording "accomplishments" in minute detail) I'm going to share a few other projects for the Society in which I have been privileged to participate.

After you've taken a look at the call for entries package for the Society's first digital show, click here to get a glimpse of it's first ever presence on the then nascent World Wide Web. (hint: click on the spinning "SI" to see more) 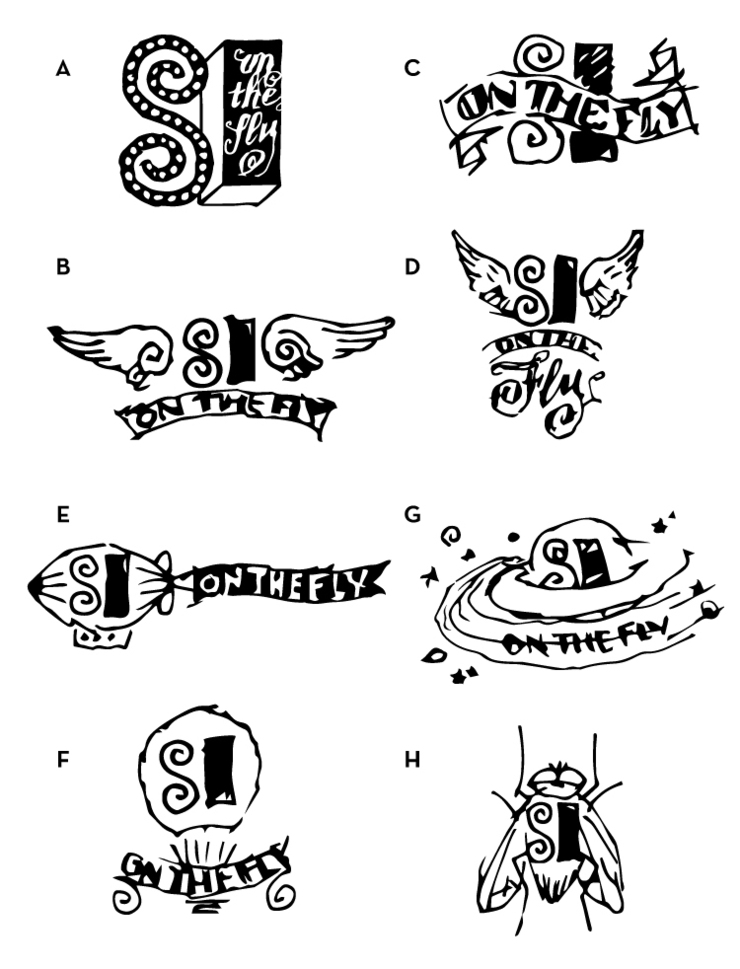 A range of rough sketches on the theme of the Society soaring to new hei9ghts.

The new SI blog logo. Visit there often for the latest tidbits on illustration and the illustrators we love. 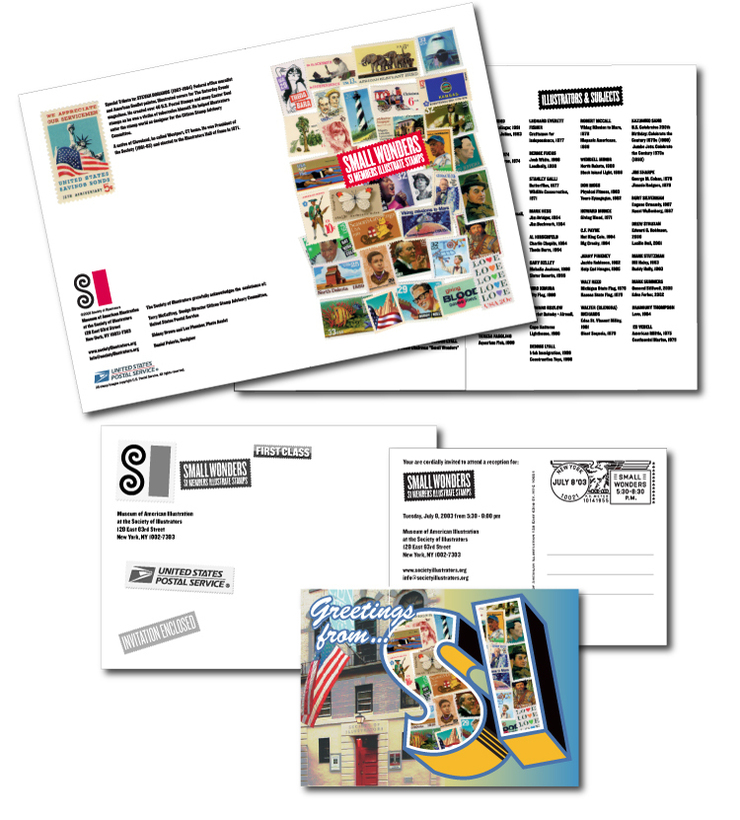 Catalog for an exhibition of some of the many US postage stamps made beautiful through the vision of SI members. You may even find a few remaining dog-eared "Greetings from..." postcards on the racks in the SI lobby. 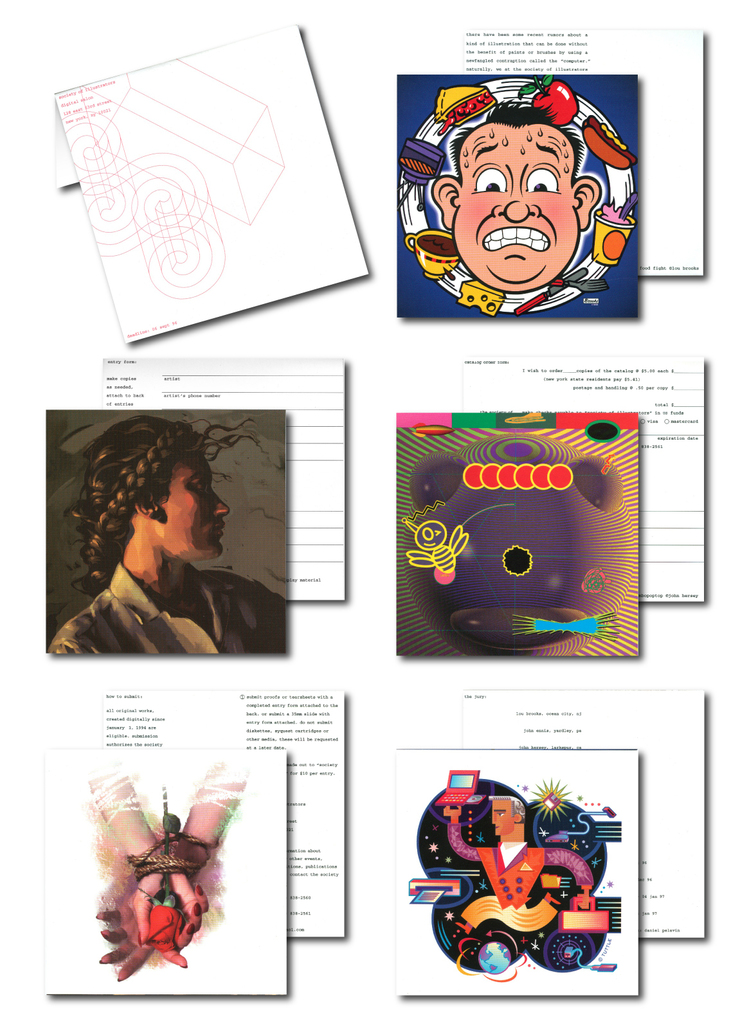 The digital show, first called "Digital Salon" until we realized we had stolen the name, had a call for entries featuring the work of the judges, which is, by the way, ther only place judge's work should ever appear in connection with a competition. It also marked the Society's first presence on the internet featuring a dizzyingly spinning SI logo. 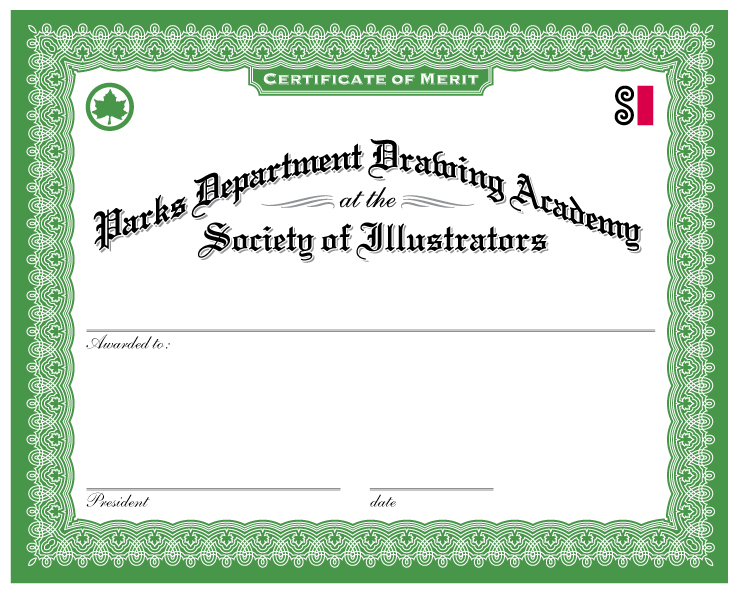 It makes me smile to think of the hundreds of walls of illustrators-to-be where these hang proudly.